Over the course of 18 months around the age of 17, I spent $500 USD on CS:GO cases and the community market alone. Beyond that, it’s hard to tell how much I’ve spent on cosmetic cases and loot boxes in other games. A rough estimate puts it in the thousands.

While the debate over whether video game loot boxes are gambling still rages on in courts around the world, to me there is no debate. Whether you agree or not with the classification, my personal experience with CS:GO cases was absolutely gambling. And playing with my money has taught me there are a few very important considerations to be aware of.

Recently, I discovered a way through your Steam page to check how much money you’ve spent in-game. This got me thinking. I had to stop playing Counter Strike because I was addicted to the gambling part. After school, I would play for at least two hours a day for 18 months, and really loved it. However, no matter what I did, I couldn’t stop spending money. I would play for a few weeks and decide I wanted skins to play with. That’s innocent enough, but I couldn’t stop there. I would sell all of them, for less than I paid, and buy cases instead, thinking I could open some amazing skin and make back my money. Either that, or I would trade them all to gambling sites and try to win there. And every time I would lose everything.

I would repeat the whole process every month or so. I’d set a budget to buy skins for in-game use, and tell myself I’d just hold on to them this time. But instead, I would gamble everything away again.

The exact amount of money I spent was never clear, but I’m not surprised at all by it. And that in itself is a little alarming. Loot boxes are a seriously slippery slope. Currently, 13 countries have some sort of strict regulation on loot boxes. China forces game makers to keep the loot odds public. Belgium completely banned them in 2018. It isn’t hard to see why. I was 17 and I spent a lot of money on CS:GO cases, only to have it completely disappear. And that’s only what I can see through Steam. I’m certain I spent and lost over $800 on various Xbox games before I ever even bought a PC. If you’re 30 and actually have disposable income, then that’s probably not that bad. But I was as young as 13 when I started gambling. And that’s the problem. I could go to a drug store less than a mile from my house and buy as many $100 Steam cards or Xbox cards as I wanted. And I did.

Taking the time to add up every avenue of spending from age 12 to now – eight years later –  a pretty conservative estimate for me is around $3000. No matter who you are, that’s a lot of money.

If you’re curious yourself, here’s how you can check on your Steam spending. First, open Steam (obviously). Next, hover with your mouse above your profile name and click on Badges. Scroll down to whatever game you want to check on, and click “How do I earn card drops?”

A window will pop up, and in there you’ll be able to see how much you’ve spent.

I encourage you to try this yourselves; if you’re afraid to look, then you should definitely check. I’m not going to preach to you to stop buying in-game items or attempting to trade or open cases, but it’s important to monitor how much you spend. Don’t wait until it’s too late. 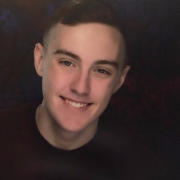