In Destiny 2, the Crucible offers some of the most complex and skill-rewarding PvP in competitive gaming. I have my own view on how the Crucible is to be handled, as far as team dynamics are concerned. I’ve talked about the roles players naturally adopt in PvP, and in this guide I will go into detail about the Pusher role.

The Pusher is a big influence in how their match goes. Pushers literally push the pace for enemies, forcing them to commit to a decision, and creating openings for their own team. Many players in the Crucible will try to fight back, even when forced into a situation of extreme disadvantage. And when they choose to run, they often won’t pay enough attention to where they are going, and find themselves getting pinched by the Pusher’s team. Now what exactly does a Destiny 2 Pusher need to do in order to be the best at their job, and create these situations? First, figure out ways to make the opposing tame make bad decisions.

First, be smart with your movement. Describing how your movement can be smart isn’t an easy task, and I feel like it will sound over-simplified, but here it goes. In Destiny 2  it is very important to be constantly changing levels. Sliding and jumping in engagements forces the enemy to have to react to where you are. Running in straight lines and at the same level makes it easy for enemy players to take you out. In addition to being a difficult target, you can be a target less often. An obvious part of the movement recipe is staying in cover when possible. On the flip side, if you can force an opponent to flee into an area with little to no cover, it will be easy to pick them off. That is a part of being a Pusher that can be quite fun, although it requires a lot of tactical forethought as well. Something else you want to do as a Pusher in the Crucible in Destiny 2, is pinching opponents. An easy way to describe this is as your team cornering an opponent that got separated from the pack. This is probably one of the more important parts of your job. If you can push opponents, you start to separate the opposing team, and can start to pick them off one by one.

When moving to force an opponent into a place where your team can pinch them, this is where good communication with your Flex will pay dividends. Predictive thinking would be the only other thing that could have a bigger influence on a game. Having that knack for knowing how your opponent will behave is hard to teach. It really comes with practice, but it doesn’t hurt to actively try to build good habits. And that includes communication and planning. In all these situations, it is important for you to have a quick TTK, or time-to-kill. So, for the range a Pusher’s work is done at, a shotgun, fusion rifle, or a sidearm make a great choice. One-hit kill potential is very necessary for what you are trying to do as a Pusher. If you run in and it takes you far too long to down an opponent, that leaves room for them to counter you, or for their teammates to come help.

For a primary, my personal preference is a Hand Cannon, but an SMG or a good auto rifle will do. It is up to what you want to do, but I stress that TTK is your main objective. Realistically, the only role in the Crucible that can afford to not be a 100% TTK-focused, is the Support. We will go over that in a different Destiny 2 guide, though. For specific classes any perk will technically work, but there are three that I find particularly strong. For Hunter, I would say bottom tree Golden Gun is a safe choice, especially with one-hit kill throwing knives.

For Titan, top tree Sentinel Titan is great with the Overshield. Plus, the ability to pop a Bubble on a heavy ammo spot or a flag during overtime is an amazing way to flip momentum. And, let’s be honest, no one wants to run in a Titan’s bubble unless they have no choice. I know a lot of people would use middle tree Void Walker for Warlock, and with handheld Nova Bomb it is a strong choice. Personally, however, I would suggest using bottom tree Void Walker. Once you get Devour going, it is so very strong, and can get you out of sticky situations.

Stay tuned for more on Destiny 2 Crucible builds for each role! I will go over my preferences for armor, stats, and more for each of them. Happy hunting all, and remember: eyes up, guardian! 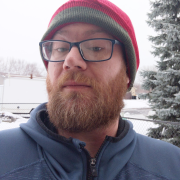 I have loved video games my entire life. I am currently deeply into Destiny 2 and eagerly await Cyberpunk 2077. Look me up on any platform. The Signal42 is my gt. I am mostly on Xbox and love to play pvp with people.
Check Also
Close
Most popular
Follow Us