I find it extremely strange that Anti-cuddle Sarah isn’t more popular in Fortnite. Does she cuddle? No. Is she actually a man with pecs of stone and a large Shockwave radius? Also no, because that’s in another article. But is she a one-person trap tunnel, capable of dominating hordes and hordes of enemies by making them dance to death without dying herself? For sure.

Anti-cuddle Sarah (and her name insinuates nothing I am against) is a Valentine’s Day Ninja in Fortnite obtainable from the Love Storm Quest or from the Event Store for Gold.

Sarah, by herself, doesn’t look like much. She wasn’t even a part of the top-tier meta the time she was released in early 2019, and most people seem to have forgotten her. However, paired with the newer heroes and the Boombox spear, she is an insanely powerful addition to pretty much any mission.

Earsplitter is a Legendary spear weapon from the Boombox set, available from Rad Llamas. Along with having an overpowered heavy attack, it also makes husks dance and provides an excellent buff to your teammates.

Sonic Pulse: Slam the spear into the ground, channeling damage and knocking back nearby enemies while also providing a temporary damage buff to you and your allies. Stacks up to 4 times.

You may have seen the spear used in the Mythic Storm King battles due to its damage buff. Though temporary, it is easy to activate and is pretty useful. This will be the only weapon you need for the Anti-cuddle Sarah loadout. 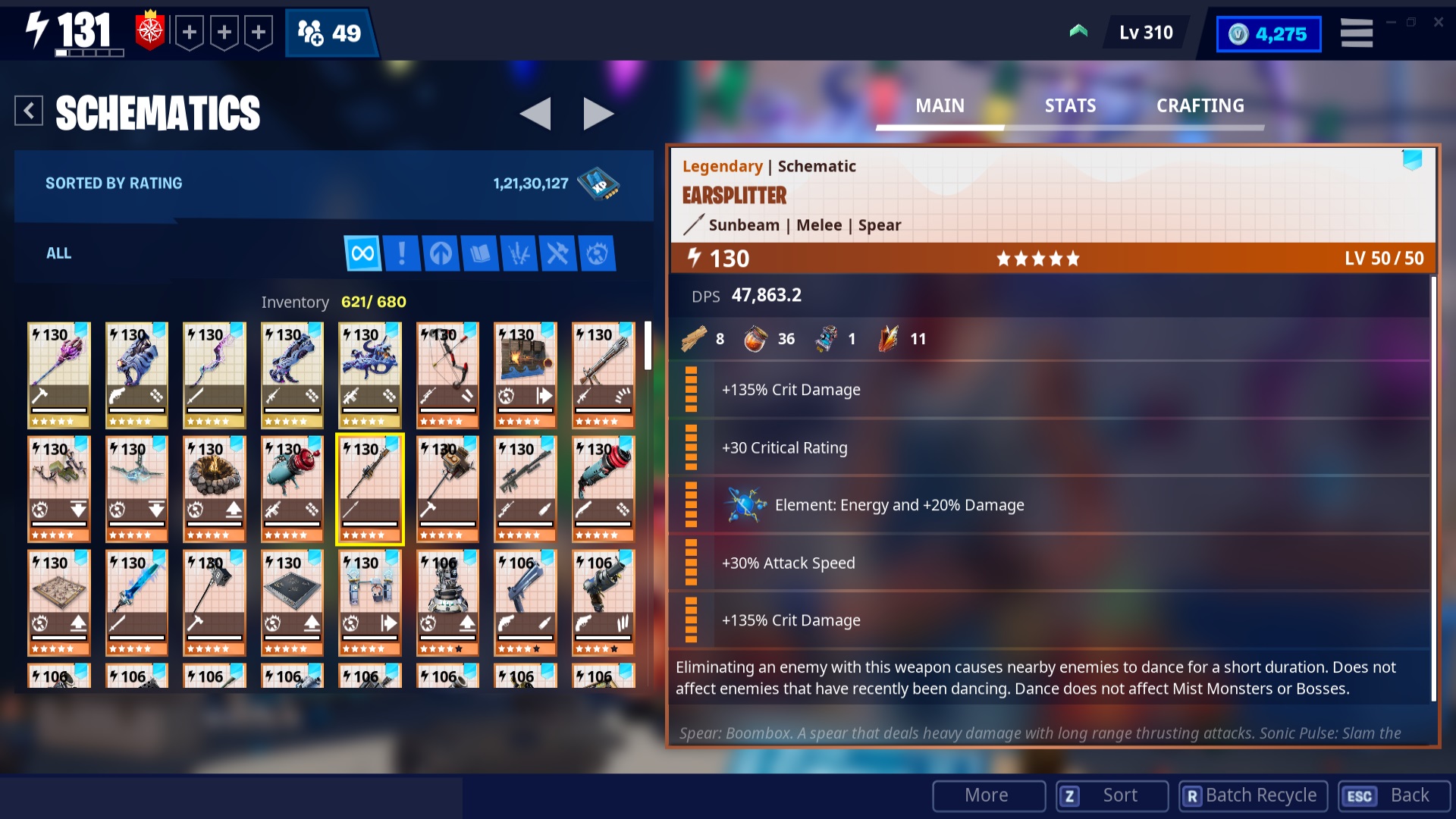 Here’s the complete Hero Loadout you’ll need to use: 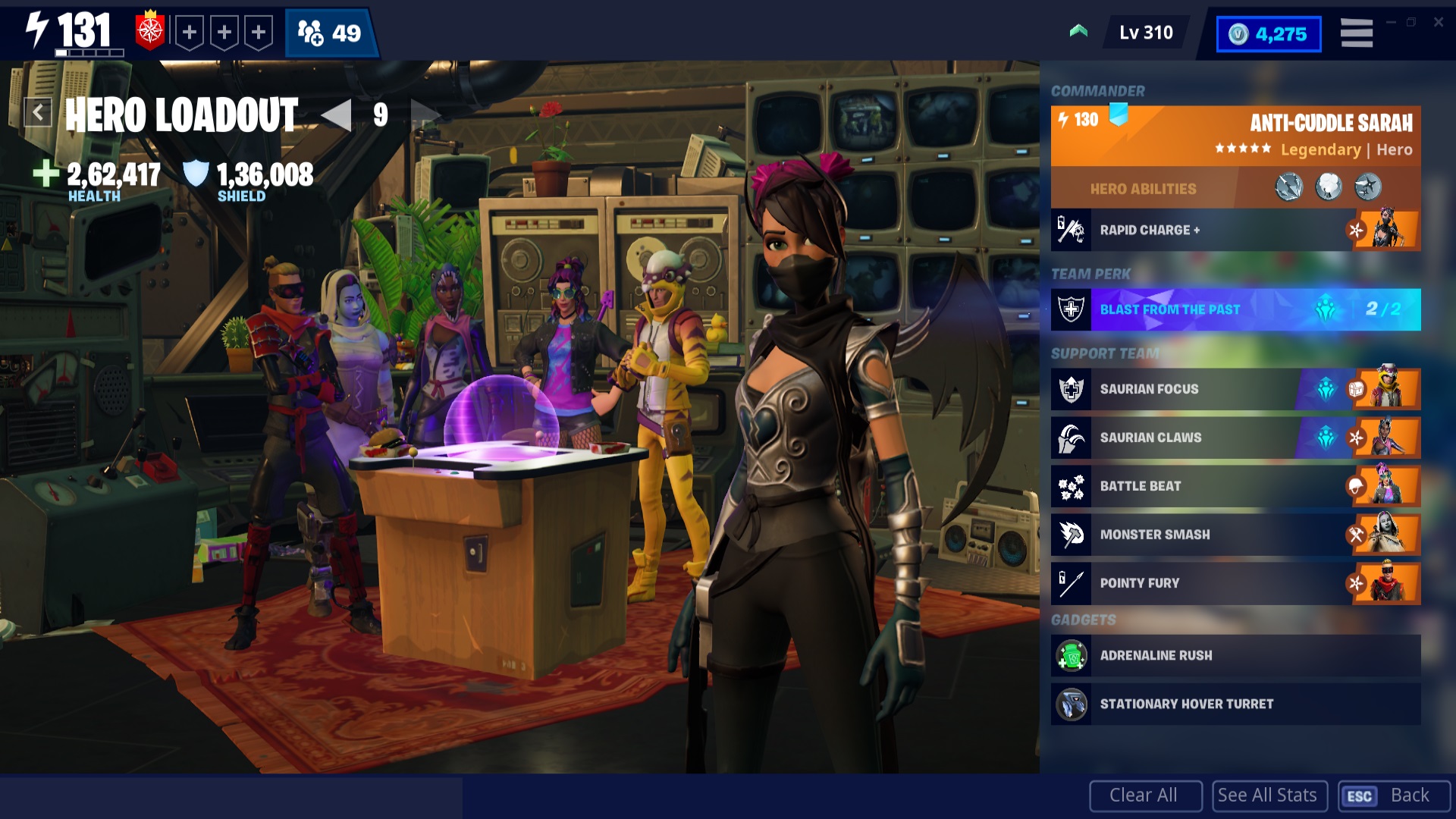 Saurian Focus regenerates your Energy and Pointy Fury reduces your energy requirement for the Earsplitter’s heavy attack. On top of that, Anti-cuddle Sarah regenerates Energy through her own Commando perk, which is the main reason we’re using her.

The build is pretty fun to use in any mission, irrespective of modifiers. The only place where it fails is if you’re standing in a cloud of gas or bees, or if a Blaster is hitting you from outside the range of your Earsplitter. Well, no hero can counter those things anyway.

Every element of the Loadout fits in perfectly and lets you deal a crazy amount of damage without losing Health and Energy. On top of that, you also make enemies (except Mist Monsters) dance as they die! Propane Husks drop their propane tanks without letting them explode, which is a huge advantage as well.