We are already well past the halfway point of 2020 and there have been some seriously great games released… and quite a few that frankly missed the mark. Here are the 5 most disappointing games of 2020 so far. Some games on this list are not bad, but simply didn’t come out in the right way. Also keep in mind these are our picks, and you’re welcome to disagree!

Resident Evil: Resistance seemed like a great bet for Capcom since this new game is included in Resident Evil 3 Remake, a title poised for success. Unfortunately, Resistance was looking to compete directly with titles like Dead By Daylight. The formula perfected by Behavior Interactive has eluded others before, and even though Resistance was sufficiently different and innovative, it failed to connect with both Resident Evil fans and current Dead by Daylight players. Capcom could have continued with the Mercenaries campaign, but instead delivered a multiplayer game which many fans considered boring and unbalanced. In the end, nobody was happy.

There are games that shouldn’t be ported to less-than-optimal hardware, and one of them is The Outer Worlds for Nintendo Switch.

When Obsidian Entertainment introduced this game, we knew it would be an excellent IP. However, they arguably got a little too ambitious when deciding to port it to Nintendo Switch. The port had to be scaled back considerably, and that didn’t go over too well for fans of the original.

Another studio that usually deliver quality games is Ninja Theory. They gave us excellent titles like DmC: Devil May Cry and Hellblade, but with Bleeding Edge, they failed to hit paydirt.

Bleeding Edge is another case of a game that perhaps seeks to replicate a formula that is already perfected by another title. Despite it being a third person melee brawler, many players drew unfavorable comparisons to Overwatch. That, coupled with the game’s learning curve and price tag, made Bleeding Edge stumble on release. Regardless of where you stand on Bleeding Edge as a game, it has so far failed to foster a large enough community, and this spells doom for a game focused on competitive play.

RBI Baseball 20 was developed by MLB Advanced Media and is considered the official game of Major League Baseball, but that doesn’t mean that it’s the best. Having MLB The Show in front of you, it’s difficult for another baseball game to stand out. It’s even more difficult if the game in question is so simplistic, it’s basically a simulator.

RBI Baseball 20 tried to simplify things and draw more players in with an arcade take, but many fans find that it quickly becomes boring and awkward to play as a result. On top of that, RBI Baseball 20 is loaded with bugs that will prevent many from enjoying the gameplay, even if they didn’t mind the simplicity in the first place. Arguably the saddest and most disappointing case so far in 2020 is the remastered and re-balanced Warcraft 3. The game let fans relive the campaigns of Reign of Chaos and The Frozen Throne, but unfortunately it didn’t deliver everything that it promised.

When classic Warcraft 3 was released in 2002, it was considered a huge success, and it served to shape not only real time strategy games as a whole, but also to spawn the MOBA genre that dominates competitive gaming today. The game chugged along for almost two decades without balance patches, shaping an active competitive community which at times eclipsed that of more recent RTS titles. Blizzard saw all that and made the decision to “improve” Warcraft 3 and deliver an even “better” product. It didn’t go as expected. Reforged made a lot of missteps on release, and was panned as unnecessary and inferior to the original by many players.

Do you think other games are missing from this list? Let us know in the comments! And make sure to stick around with SQUAD for more gaming news and content! 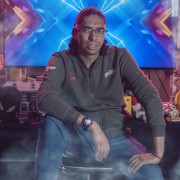 Very much into survival horror, FPS, shooters and single player games. Video games are my passion, also sports, some dubbing and of course, movies.
Check Also
Close
Most popular
Follow Us