Welcome back to another Zendikar Rising draft guide for Magic: The Gathering! Last time, I went over all the gold cards. Today, we will be looking at all the colorless cards.

Before I get into my rating for each card, here’s a brief overview of my Zendikar Rising Draft Guide rating system. 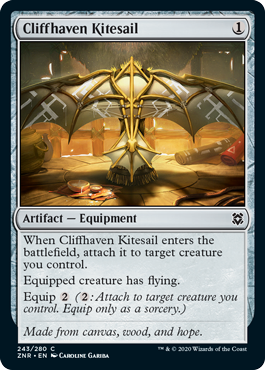 This card is cheap enough to be a decent playable in some decks that need to top off their deck. 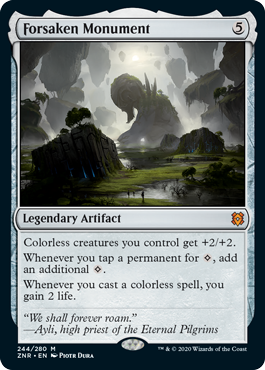 Despite being an amazing artifact for Commander, Forsaken Monument is far from playable. Unfortunately, there aren’t enough colorless creatures to justify playing this card. 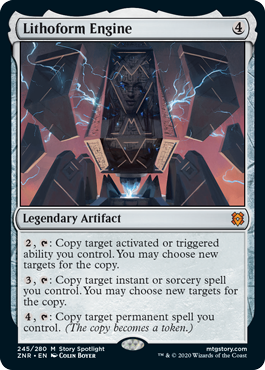 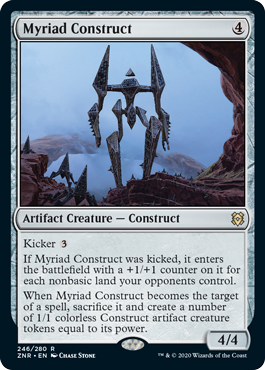 A great value creature that forces your opponent to kill it through combat. Just remember that you’ll rarely cast Myriad Construct for its kicker cost, since most players are going to be running basic lands. 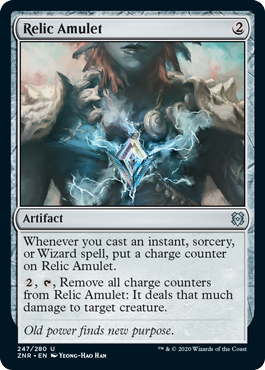 Relic Amulet is too slow to be threatening. I would consider playing this card if it dealt damage to any target, but that just isn’t the case. 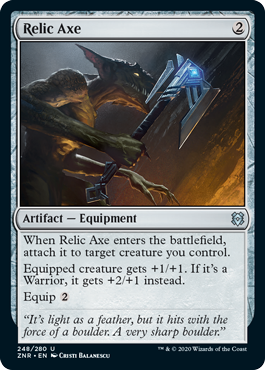 Getting a free attachment is a great upside. So even if you only have a couple of warriors in your deck, Relic Axe is still a solid card. 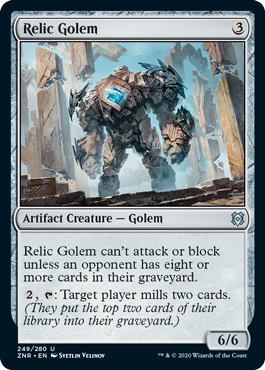 An amazing card for Dimir mill, but complete garbage in every other deck. 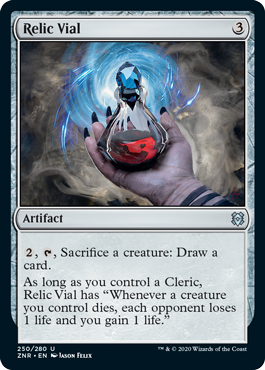 I see the potential of Relic Vial in Cleric-focused decks, but do I really want to be investing 5+ mana for a sacrifice outlet? Not really. This is another card that is only good if you are already committed to a specific archetype. 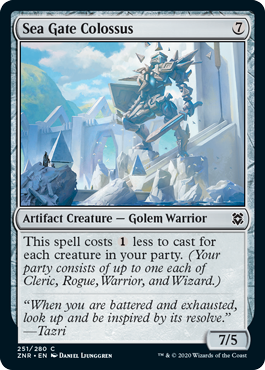 Party decks can consistently cast Sea Gate Colossus for 4-mana, which is absurd by the way. Even casting this card for 5-mana is pretty good considering you’re getting a 7/5. Overall, a nice addition for most decks, and a great threat for party-themed decks. 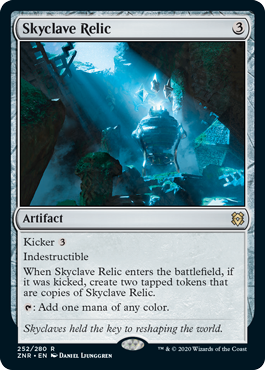 There shouldn’t be any reason for you to be paying 6-mana to create 3-mana rocks. Unless you’re desperate for fixing, you’re better off replacing this card for a 6-mana creature (or anything else, really). 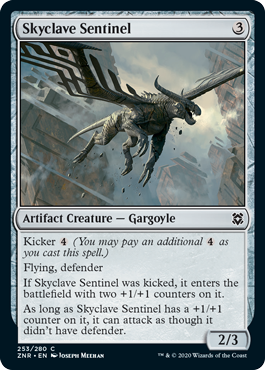 Skyclave Sentinel is actually an alright card if you’re already in a +1/+1 counters deck. Otherwise, it’s just a sideboard card against flyers. 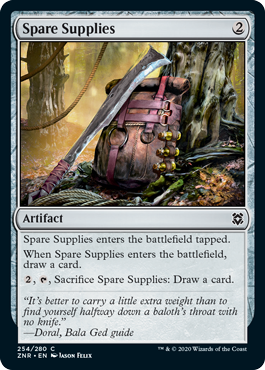 Investing 4-mana to draw 2 cards is actually a fair rate. Spare Supplies is a great card if you need a way to gain card advantage, as it slots into any deck that needs it. 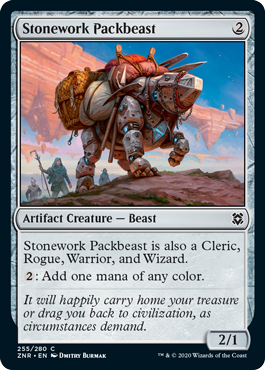 Stonework Packbeast is definitely underestimated in this set. It’s a great filler card for any deck, and provides fixing. 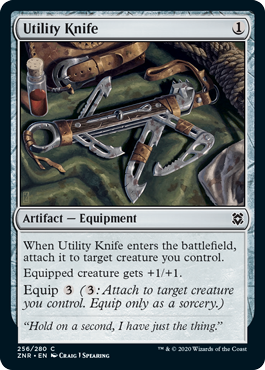 3-mana is just too expensive to equip this card, even if the first one is free.