Prankster Pokemon offer some of the best support and utility options in the game. Though by no means essential, there is a good chance they will more than earn their keep on your team.

In the first part of this guide series, we looked at Grimmsnarl, Whimsicott and Meowstic. Now we’ll cover some tips and tactics for using the three other Sword and Shield Prankster Pokemon in the VGC format. 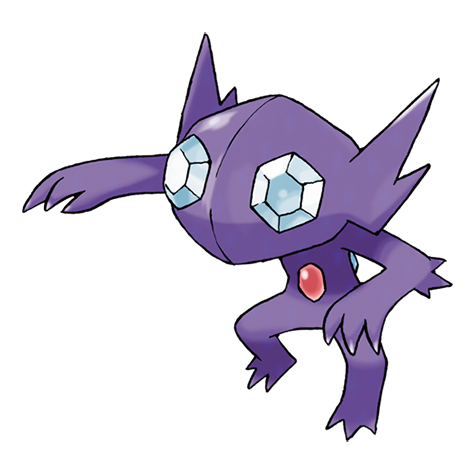 Sableye may not have it’s Mega Evolution in Sword and Shield, but it remains an incredibly annoying Pokemon nonetheless. Sableye’s two big selling points are Quash and Will-O-Wisp. It is also the only Prankster to get Disable. Disable isn’t seen to often, but it has some potential on a Prankster.

Sableye is also the slowest of all Pranksters, but it is blessed with Prankster immune Dark type. However, its slow Fake Out will almost always be beat by opposing Fake Outs.

Sableye has the benefit of only one weakness. If Sableye is carrying a Roseli Berry, and with proper defensive investments, it can be difficult to kill in one hit. Like Meowstic, Sableye can also learn Ally Switch, and with Sableye boasting immunity to three types, it’s possible for it to totally nullify an attack aimed at its partner. Unlike Meowstic though, Sableye’s Prankster Ally Switch is going to be slower than virtually any Fake Out.

With Foul Play, Sableye gets a damaging move that doesn’t require any offensive investment. It can also run Shadow Sneak. It may not hit very hard, but it can be useful in picking off low health Pokemon, in particular those who survived via Focus Sash. Feint is another good option in a format where Protect is common. It can even run Brick Break to destroy opposing screens. 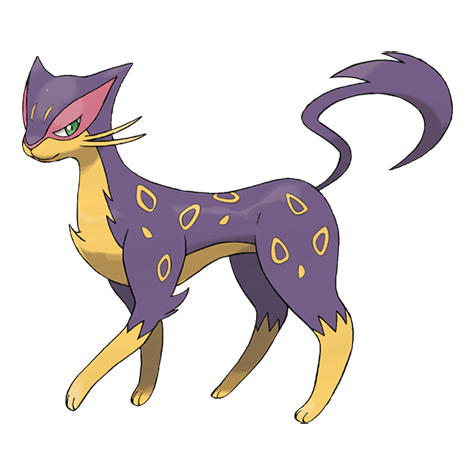 Liepard is the second fastest Prankster user, and has one of the fastest Fake Out in the game to boot. Though Whimsicott may be speedier, it can’t Taunt the Dark type Liepard.

A big draw for Liepard is the move Copycat. Copycat has an interesting interaction with Dynamax moves. If Copycat copies a Dynamax move, it will become the regular move that Dynamax move is based on. This is useful with the move Max Guard because all non-damaging moves become Max Guard and it will always go first in a turn. For example, if Hatterene Dynamaxed and used Trick Room (which has now become Max Guard), it will protect itself. Then, Liepard can use Copycat to copy the move and instantly set up Trick Room. With this interaction, Liepard has the potential to give priority to any move in the game. It does come at the cost of one turn of Dynamax, though.

Most Prankster users get the move Fake Tears, including Liepard. However, Liepard also has Screech. With these two moves, Liepard can double the damage done to a target on either the special or physical side. Liepard is the only Prankster with Baton Pass, thus allowing it to pass on stat boosts from things like friendly Dynamax moves. It can inflict status conditions with Thunder Wave and Yawn, or set weather with Rain Dance and Sunny Day. Snarl is a good option for lowering the special attack of both opposing Pokemon, though it won’t be given priority with Prankster. 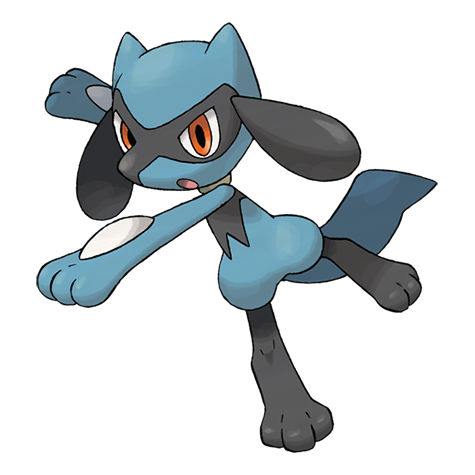 Unfortunately, when a Riolu with Prankster evolves, the resulting Lucario will have the ability Justified. Thus, Riolu is the only Prankster user from this family. Honestly, there is little Riolu can do that others can’t do better. Even with Eviolite, its defenses are nothing to brag about. It has Copycat and Screech, but so does Liepard who is also faster, bulkier, and immune to Prankster moves. Riolu does get a few priority moves, including Feint, that could be useful in picking off low health enemies.

The only truly unique thing about Riolu is Howl. Howl received a buff this generation, to boost the attack of both Pokemon on the user’s side of the field. This can make Riolu’s partner very threatening, but it has the greatest benefit when the Howl user itself can also become threatening with the boost. Riolu’s weak attack stat won’t scare anyone even after the buff. Riolu’s Howl does have priority though, allowing fast physical attackers like Dragapult to apply the attack boost to its move that turn.

That’s all the Pranksters available in the game at the moment. However, I suspect there will be several more Prankster Pokemon introduced the upcoming Isle of Armor and The Crown Tundra expansions.